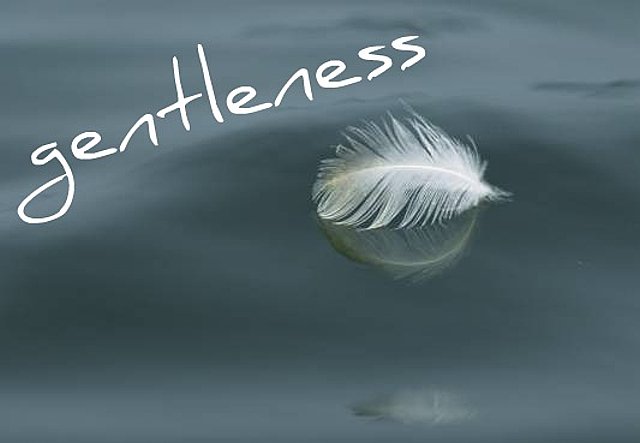 I was thinking this morning that I really want to BE more gentle in my life with others.  I find places in my heart during the day that feel hard.  I think the medicine I need is gentleness. Thirty one years ago I lived out one day in February one of the most amazing realities of gentleness.  Her name is Kaitlin Jennie .  It is funny looking back but she was so gentle I was really worried about not being gentle enough to even rest her on my breast.

The man I married is an exemplary gentle man.  His gentleness is what brought me to love him and fall in love.  One day when I had only known him for months we were with his daughter Sarah who was only five.  She is the dearest little tender heart .  I had never seen a man act so gentle with his daughter before.  They decided it would be fun to lay in the grass together and look up at the sky and see what the clouds looked like.  I was shocked by their gentleness together.

So lets go on a journey together to explore the realities of gentleness around us and in us ? Why not.  Its coming upon the Christmas or holiday season of life here in the USA.  Lets intentionally explore together gentleness.   Barbara B Moore  November 9 2017 7:19 am MST We are so encouraged by the amazing support we are gaining each week. As we shared the hunger story for four days at the Jeffco Fair, people were moved and surprised. Some people know it is true. Some are looking at us while we share this truth struggling to comprehend HOW CAN THIS BE TRUE ?

We are advocates for sure for a hunger free Colorado. However, we are not just telling a story, we are being the answer to their prayers. We are a NIKE type program – we say LETS JUST DO IT. We will not stop growing and raising money until we get to the top of the mountain and plant our white flag of peace. Peace is every child having food on the weekend. We believe with all of our hearts that you all want to join in and GET INVOLVED.

August begins our serving seven schools and by September we will serve more children and schools.

During the Spring and Summer school season we will serve 3600 weekend food packs of seven to eight items. That would be 24,000 lbs of food.  Again our target children are high at risk for hunger children who might be hungry on the weekend without this food supplement. When a child does not have access to regular meals and is uncertain of when they may eat again they are experiencing the epidemic known as “chronic childhood hunger.” Families that cannot afford food or do not have regular access to food are considered “food insecure.”

The number of children living in households that were food insecure at some point during the year has grown 61 percent in Colorado since 2001-2003, to approximately 234,000 children by 2006- 2008, or 20 percent of all Colorado kids. This percentage has recently surpassed the national rate of 19 percent.Kids experiencing chronic hunger may not only suffer from poor health, they can also be denied the opportunity to reach their academic, athletic and social potential. Chronically hungry students may have the following issues in the classroom:

Recent studies from the American Academy of Pediatrics have shown that the effects of chronic childhood hunger can last a lifetime. Not knowing when they may have another meal can cause both anxiety and depression.

Hunger and Poverty in our Community

Hunger and poverty go hand in hand, which is why it is useful to use poverty statistics as a base for hunger statistics.

Chronic childhood hunger exists both above and below the poverty line, as the Federal guidelines for poverty are considered out of date.

In Colorado, 17% of kids live in poverty

While the childhood poverty rate in Colorado currently remains below the national average, between 2000 and 2009 the number of children living in poverty in Colorado more than doubled, rising faster than any other state in the nation.

According to the United States Department of Agriculture, more than 54,000 additional children participated in the National School Lunch Program in Colorado in 2009 than in 2005. No sheets currently available at this time.

`    We are pleased to announce our ability to partner with Jeffco Public Schools – Community and Family Connections team, Rebecca Dunn, MSW.  Summer is the time the 3500 homeless and at risk for hunger children most need extra help to not be hungry.

This program is from June 5 to July 14.  We will serve the children by providing seven to nine food items that are healthy.  Harvest Mountain Ministries is a program providers with the Food Bank of the Rockies.

We need volunteers to pack and deliver. We need donations to support our work in the summer and for the fall school year. Cost for a tote each week is estimated at $4.  Donate button is available on our website.  We are a Non Profit :  Ein Number: 46-5313137.

We are also proud to announce we are serving the Kids Smart Program, Director Corrine. Kids-SmART, Inc. is a company founded on the vision that every child deserves the opportunity to grow and thrive in a safe and nurturing environment. They deserve an environment where they are encouraged to discover themselves and are able to develop to their full potential. Kids-SmART also believes in a holistic approach where we feel open communication is important between the Kids-SmART staff, the child’s parents, their teachers, and the school administration to ensure the common goal of each child’s success in their educational growth. Kids-SmART provides these first-rate programs at a fee that is extremely affordable, and offers various discounts and payment programs for those who cannot otherwise afford it. 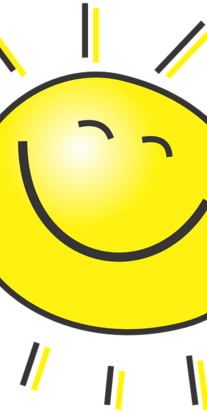 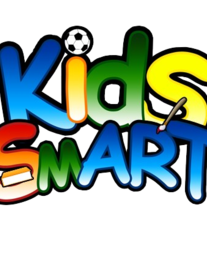 We are serving children with a weekend food tote at Glennon Heights, Edgewater Elementary, Mountain Phoenix, and Emory Elementary.

We will also help Eiber neighborhood with totes available at community dinners on every other Wednesday night and a summer breakfast program on Wednesdays at 8 to 9.  St Paul’s church is the location and is also our office headquarters.  Address is 9200 W 10th Avenue Lakewood – Phone is 303 233 4991.

We came upon a child of God – gotta get back to the garden !!

Emotions and adventure fill the pages of this true story. A true story about Barbara Moore’s life as a full time organic farmer in Metro Denver, along with many other local food advocates in Colorado front range.  From ranchers, to top chefs you will see some reality about what it takes to serve up local foods. Would you consider Volunteering ? Our new office space is located on the lower floor of St Paul’s Episcopal Church in Lakewood.  If you would like to help occasionally with Volunteers group please email us at : harvestmountainministries@gmail.com As Program Managers for Totes of Hope [R] Food Bank of the Rockies we are providing hungry children with weekend food at four schools in Jefferson County. Three Title One Elementary Schools and one Title One High School and Junior High.

We need volunteers to support this work : GOING DEEPER WITH GOD RADIO BROADCAST is pleased to announce that Rebecca Greenwood will be airing on our show on Going Deeper with God @ www.1220.kldc.com .

Join us on GOING DEEPER WITH GOD Saturday March 4 and March 11 at 9:30 am and Midnight MST around the world to learn from Rebecca Greenwood.

Rebecca travels around the world ministering freedom and prophetically and has been on TBN and It’s Supernatural with Sid Roth. Her family resides in Colorado Springs Colorado .  Her husband Greg partners with her in this ministry.  Enjoy Rebecca and Barbara as they unpack these important issues regarding deliverance ministry for believers.  Contact the ministry @ Christian Harvest International is a prophetic intercessory ministry called to impact our nation and the nations of the world. We are to equip the Body of Christ into a dynamic personal relationship with Jesus Christ. Teaching and ministering across generations with the purpose of empowering for transformation. Our heart is to impact families, churches, communities, cities, and nations. Awakening believers to their divine destiny of God in every area of life.

We disciple and train in prayer, spiritual warfare, deliverance, spiritual mapping, prophecy, our inheritance in the kingdom of God, leadership and how to live a life of purpose and destiny. We are committed to teach on the necessity and promise of living a life of personal freedom and victory and equip in deliverance ministry on how to achieve this. God does not desire for us to live a life bound by darkness!

We Partner with the Church

It is our desire to see all churches functioning with an effective, vibrant prayer life as we believe and teach on the necessity of prayer and its function in welcoming the Kingdom of God in a region.

If you need to find a good deliverance ministry, Rebecca highly recommends the International Society of Deliverance Ministers.  In Colorado Springs are Righteous Acts Ministry and Cleansing Streams is another trustworthy recommendation.